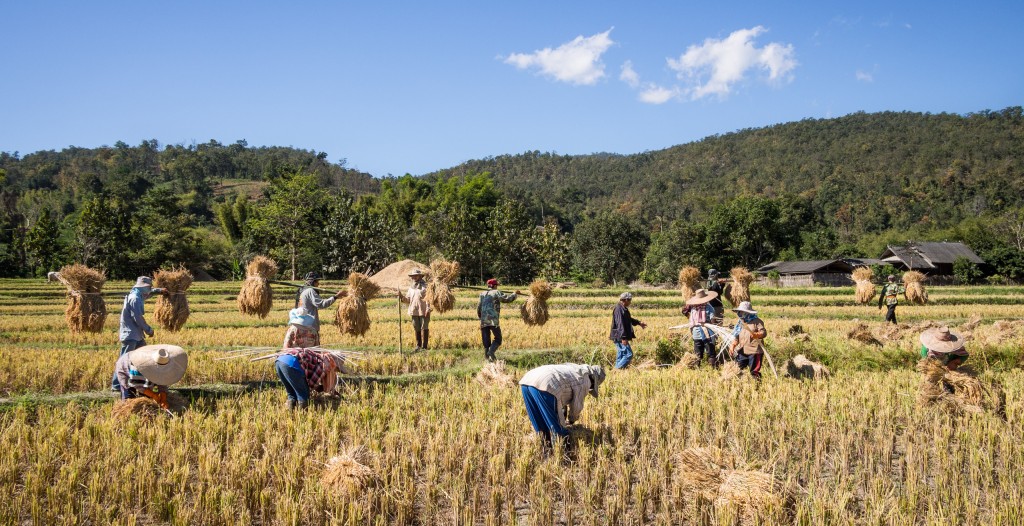 In Italy, as in the rest of Europe, farms have always developed practices promoting solidarity with disadvantaged people, even though only recently researchers and policy makers have defined these activities as Social Farming. In Italy, several interesting experiences have developed since the early 1970s, when Social Farming was mainly based on the ideas of ’68 movement and on other community-based initiatives of such period (i.e. community-based, Barbiana School of Don Milani, Community of Capodarco, other social co-operatives) where people formed social solidarity groups based on working and living together and pooling shared resources of the community. In some cases social farming initiatives were carried out by private family farms. During the last years such private initiatives have experienced a significant growth and an increasing number of farmers are considering this opportunity. Within the Rural Development Programmes there are several measures that can be used to realize these kinds of initiatives (e.g. Axes III measures which are aimed at improving the quality of life, increasing employment opportunities and diversifying farms activities). Even though there are no official numbers available on Social Farming in Italy, it is estimated that there may be over 1000 farms which carry out this kind of activity. Generally these initiatives are strongly embedded in the local social and cultural context and are delivered in collaboration with public bodies, most of all at local level (i.e. health, education, legal institutions). Significant experiences have been realized in the field of training, work placement, employment, therapies involving plants and/or animals care, education and in children’s care. It is possible to distinguish initiatives with a specific target group from those with a multi-target approach (with differentiated services for different needs). In Italy, the employment-oriented initiatives are directed to people with disabilities, people with mental health difficulties or people that are often excluded from society (long-term unemployed, youth at risk, migrants, people recovering from drug/alcohol abuse, ex-offender rehabilitation). These Social Farming experiences often involve agricultural activities such as horticulture, vine or olive growing, animal husbandry, on-farm processing, directselling products on farm, other activities in farm-restaurant, etc. In this way, people have the opportunity for employment by increasing their capability and skills, improving their social life and reducing the period of medical or hospital care. These experiences are particularly important in peri-urban areas, where usually there is lack of social and health care services. Other initiatives concern education of children in terms of the role of food and agricultures in society. Some farms organize space and activities which are specifically addressed to children and students, who are directly involved in the farms activities or using the nursery. The services which these farms offer to rural and urban populations provide an important contribution to the Italian social system. Social Agriculture: the rural – nursery (“agri-asilo”) in Italy In the last few years, there is a growing awareness that in order to improve the quality of life in rural areas it is necessary to guarantee services to people to prevent further depopulation in rural areas. This has stimulated further integration between the health/social services and agriculture. The vision of an agriculture re-connected with society and with the support of specific actions within the regional rural development programmes (RDP) has in some regions stimulated the spread of the provision of childcare on agricultural holdings and/ or inside the social farms. The spread of rural-childcare has been determined also by the Regions capacity to provide a regional law for accrediting the childcare and/ or the private micronursery. One of the cases of major interest is the rural – nursery within the agricultural holding “Fattoria Casa Mia”, located near Verona (Veneto Region). The farm, established in 2007, has about 3 hectares, with a peach orchard and a multifunctional farm, offering services to families and dedicating part of its activities to welcoming school-children in order to teach children about an appreciation of food, farming and the environment. Following their experience, the owners are planning to add facilities so that a rural – nursery, welcoming children with ages from 9 months to 3 years may be established. The rural – nursery “Fattoria Casa Mia” can accommodate up to a maximum of 18 children, from 07.30hrs to 16.00hrs, offering to parents the possibility to choose from using the service for the entire week full-time to a couple of days and for half-days until 13.00 hours. p4 In order to guarantee such service it has been necessary to make some structural modifications within the holding, creating an area for children, complying with the care standards of Regional Law; for example, in order to insure a major security it has been used wood for most part of the nursery’s infrastructure, the garden has been fenced, a small kitchen for providing meals, canteen, play room, a small vegetable garden planned with and looked after by the children. The experience of “Fattoria Casa Mia” has stimulated the development of similar services in nearby areas.